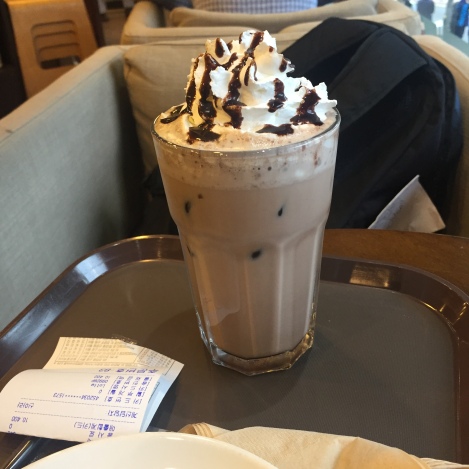 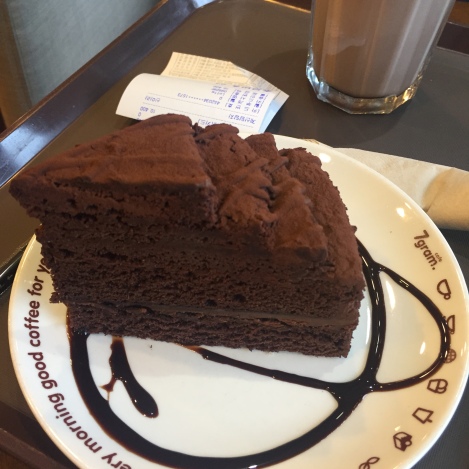 I hung out there a few times during my second week of stay in Korea, including a couple of daytime visits when people were actually there to discuss business. It was great for me, just chilling while others were busy working. I recall being there one evening too – when it was nice and relaxing.

The few times I was there, I had some dessert items and beverages while working on the editing for my John Cangelosi baseball book (as I had tentatively reached an agreement with an American publisher during the first week I was in Korea) and writing my book on the 1992-93 Montreal Canadiens.

One time, the second floor was completely empty – other than me – and I texted my tour guide (whom I had befriended that week) to joke that I had the whole cafe rented. (The ground floor had only a table and some window seats, unlike the spacious second floor.)

Overall, Cafe 7gram served my purpose when I was in Korea. I was able to get some “work” (ie. writing) done yet also enjoy a, more or less, peaceful environment at the same time. After all, I had spent four days on a trip around Eastern Korea the previous week – doing sightseeing, obviously – and didn’t really have time to touch the laptop. 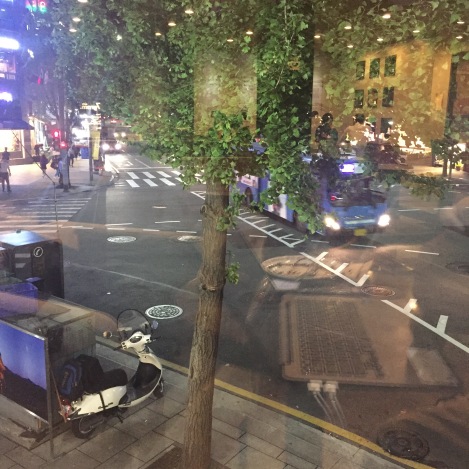 What’s Not So New

About “Let’s Grab A Burger”

KP Wee, the writer of this food blog, is a published author from Vancouver, Canada. He has written several books, including "Tom Candiotti: A Life of Knuckleballs" and "Fess Up, Jessup!" Check out KP's other food blog at letseatoutonceaweek.wordpress.com. He can be contacted at: kp.wee.is@gmail.com

The End of the Montreal Jinx: Boston’s Short-Lived Glory in the Historic Bruins-Canadiens Rivalry (1988-1994)